President Woodrow Wilson, through his determination, saved Albania from the Secret Treaty of London in 1913, where the Big Powers aimed to destroy this country, by tearing Albania apart to feed the unquenchable greed of neighbors, who have often torn the pieces of this land through the twilights of history.
The President Theodore Roosevelt has been a candidate for King in Albania and Albanians welcomed him.

There were other obstacles related to the nature itself and the features of the Albanian state, which did not make the crown possible for Theodore Roosevelt as King of Albania.

During the Second World War, Albania was again endangered to be undone, but USA, through President Franklin D. Roosevelt insisted for Albanian integrity and tried to make our country a western place, even though the Yalta Conference decided in a different way and Albania remained neither in East nor in West.

The President Harry S. Truman insisted to include Albania in the Marshall plan of helps, but the communist state closed the borders for Americans and Westerns.

President Dwight D. Eisenhower through the United Nations and the Red Cross during the years 1953-55 has helped supply food for the poor Albanian people isolated from the communist system.

“If the Soviet Union will try to invade Albania, the international consequences will be very high for him”, – stated  categorically the President John F. Kennedy. “Soviet, do not touch Albania!” – he told the Russians and especially Khrushchev. This unknown declaration is made in 29 November 1962 by the American President John F. Kennedy, (1917-1963).

At the end of the year 1996, when the economy of Albania was endangered by the financial pyramids, the President George H. W. Bush (the Father Bush), came by ship till the marine waters in front of Vlora port to convince Sali Berisha to follow a tolerant politic against the Opposition, in order not to degrade the state, but his voice was heard little or not at all. And, in 1997, the vicious year for Albanians just as the unfortunate year 1913, the sovereignty of Albania was endangered by the interventions of the Greek-Serbian circles in collaboration with the Albanian sold statesmen. Almost a civil war began in Albania.
Again, the American politics and diplomacy were placed in motion. The President Bill Clinton intervened very vigorously beside the former President Sali Berisha and his officials and the turbulent situation was calmed by the new communist clannish appetite. The President Bill Clinton made his for-Albanian stand a reality with his order for air intervention on Yugoslavia. This way Kosovo survived from the Serbian invasion. With the help of America, the population of Kosovo came back in its land and started to build a legal and independent state.

The President George W. Bush came on 10 June 2007 in Albania and from the official Tirana he reported that Kosovo will be announced very soon an independent state, which came true on 17 February 2008. “My vote is for the independent Kosovo” – expressed the President George W. Bush to the whole world from Tirana, as once upon a time was expressed in 1919 the President Woodrow Wilson from Paris: “My vote is for Albania”. So, George W. Bush (New Bush) was the first American President who visited post-communist Albania and helped a lot in the progress of the Albanian national cause.

President Donald Trump: Albania and Kosovo continue to enjoy the support of USA and NATO.

In conclusion, Albania, being a real democratic state with stability and tranquility, with peace and prosperity, as a western country, will absorb more financial helps from America, to be economically flowered, as Albanians’ dream.  That is exactly what the international organization Diplomatic Mission Peace And Prosperity, initiated by Richard Holbrooke, the Golden American Ambassador, aims.

And I rightly declare that I am Albanian, but with a American heart, more American than any American, than my Albanian being, the existence of my country, Albania, is related to the origin of the love of American democratic politics for my country, this country blessed by God and America. 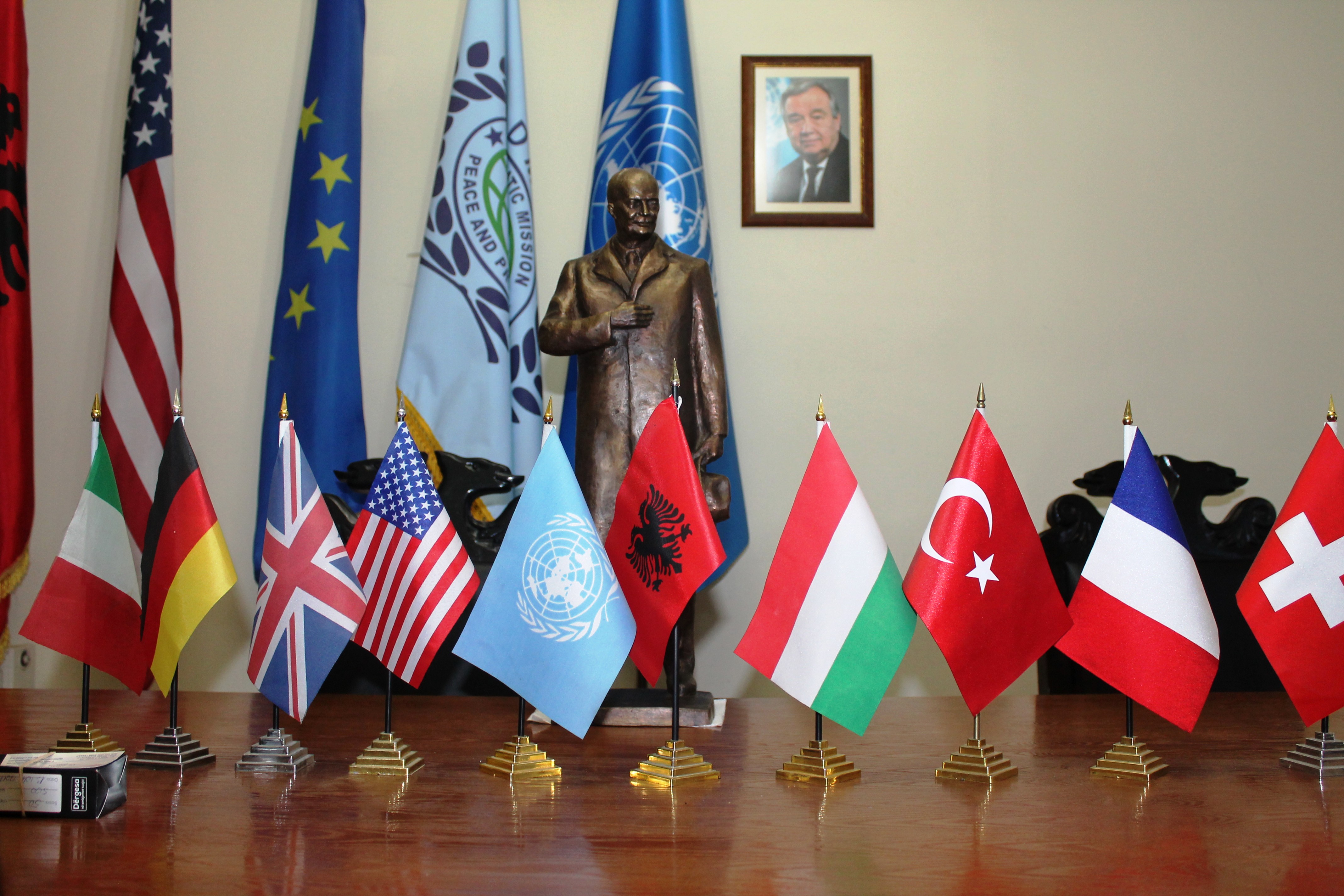 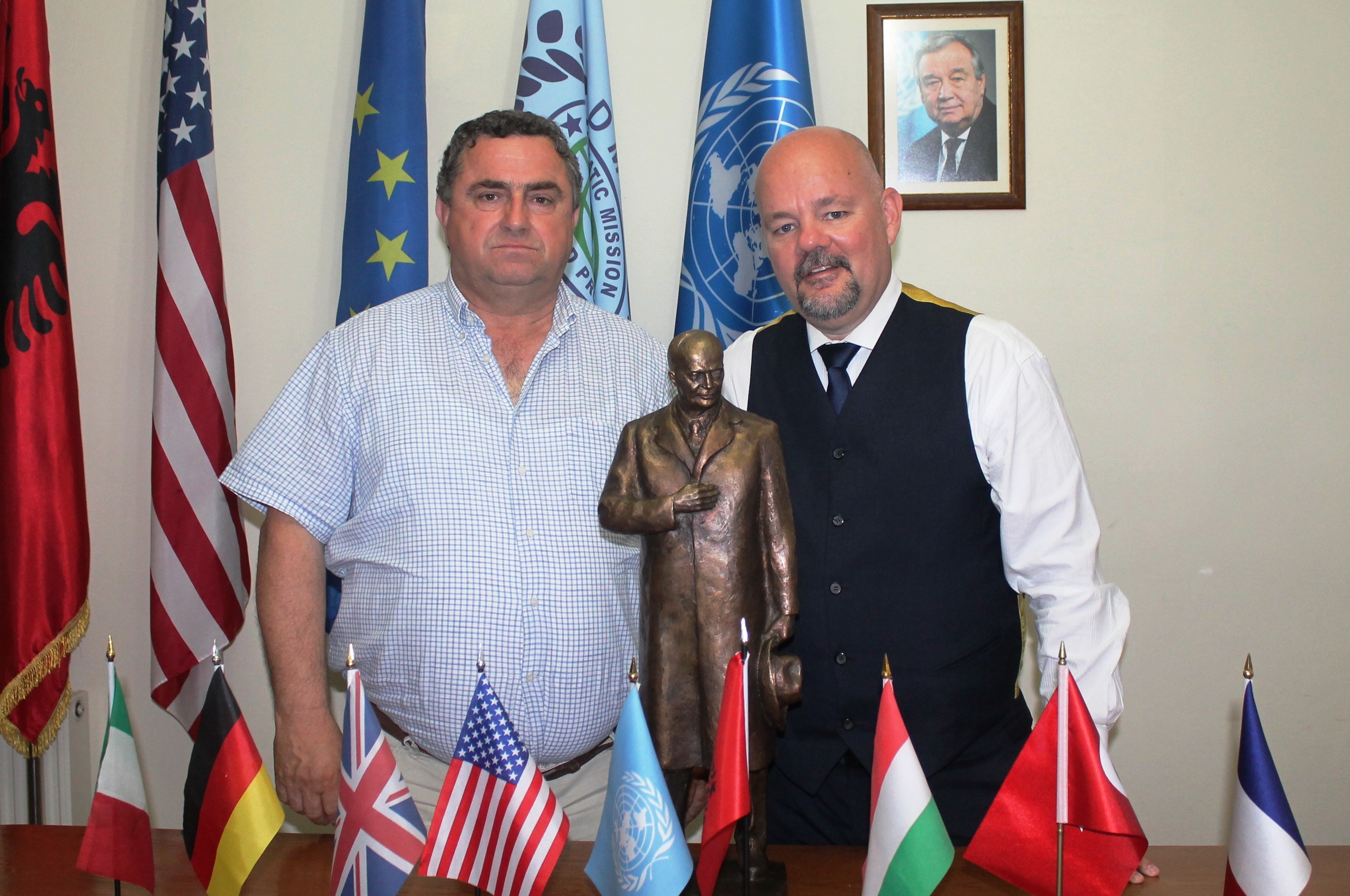 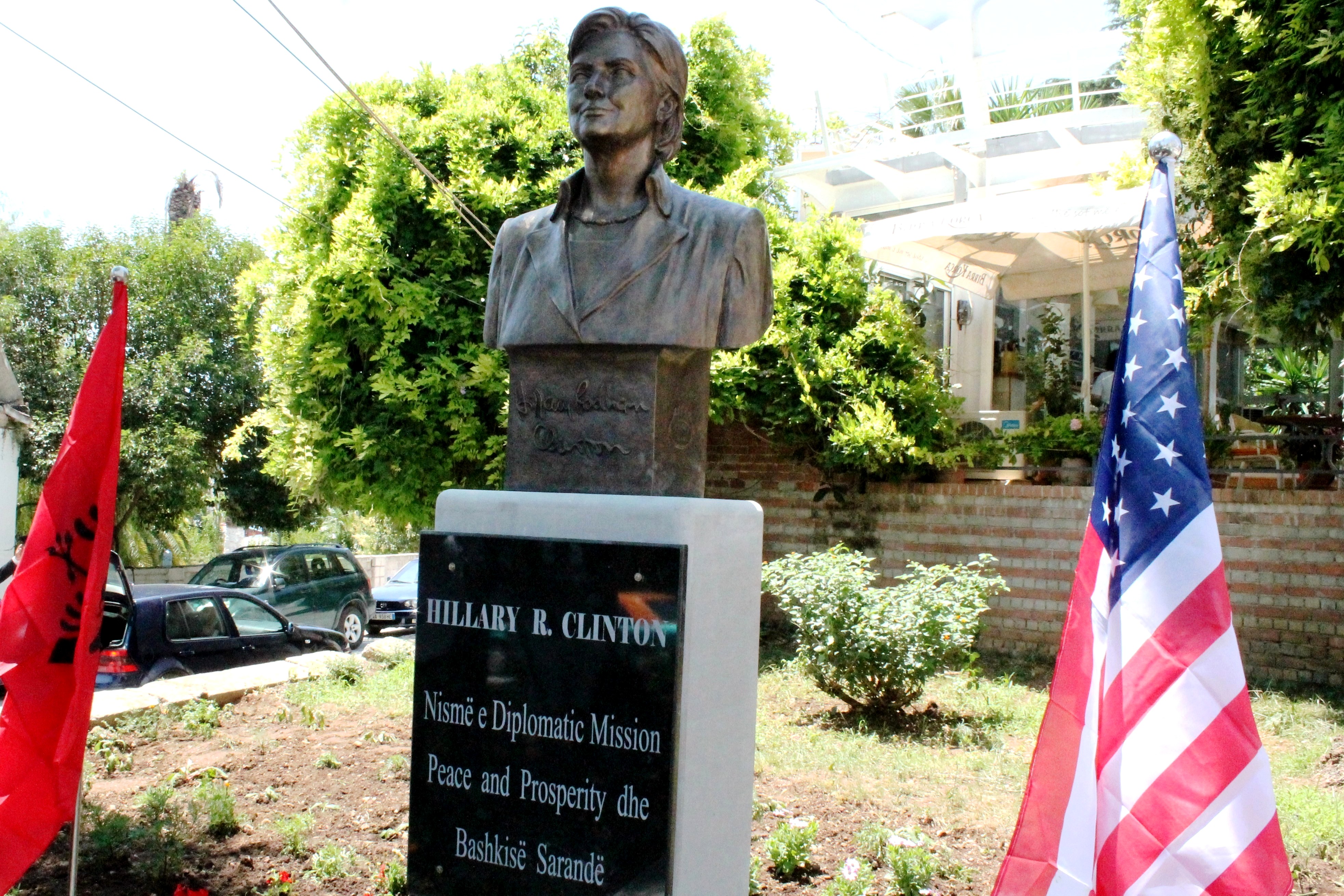 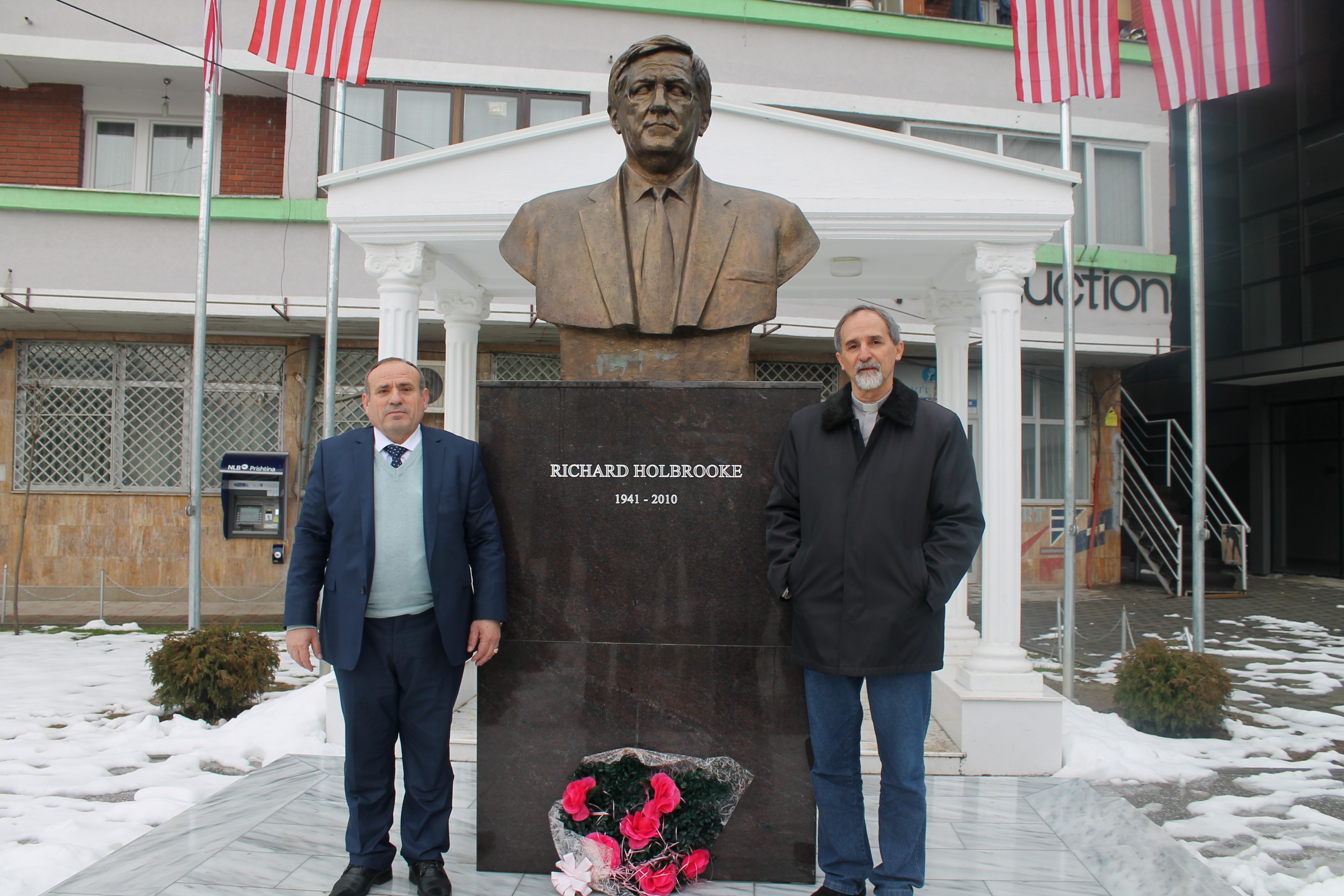 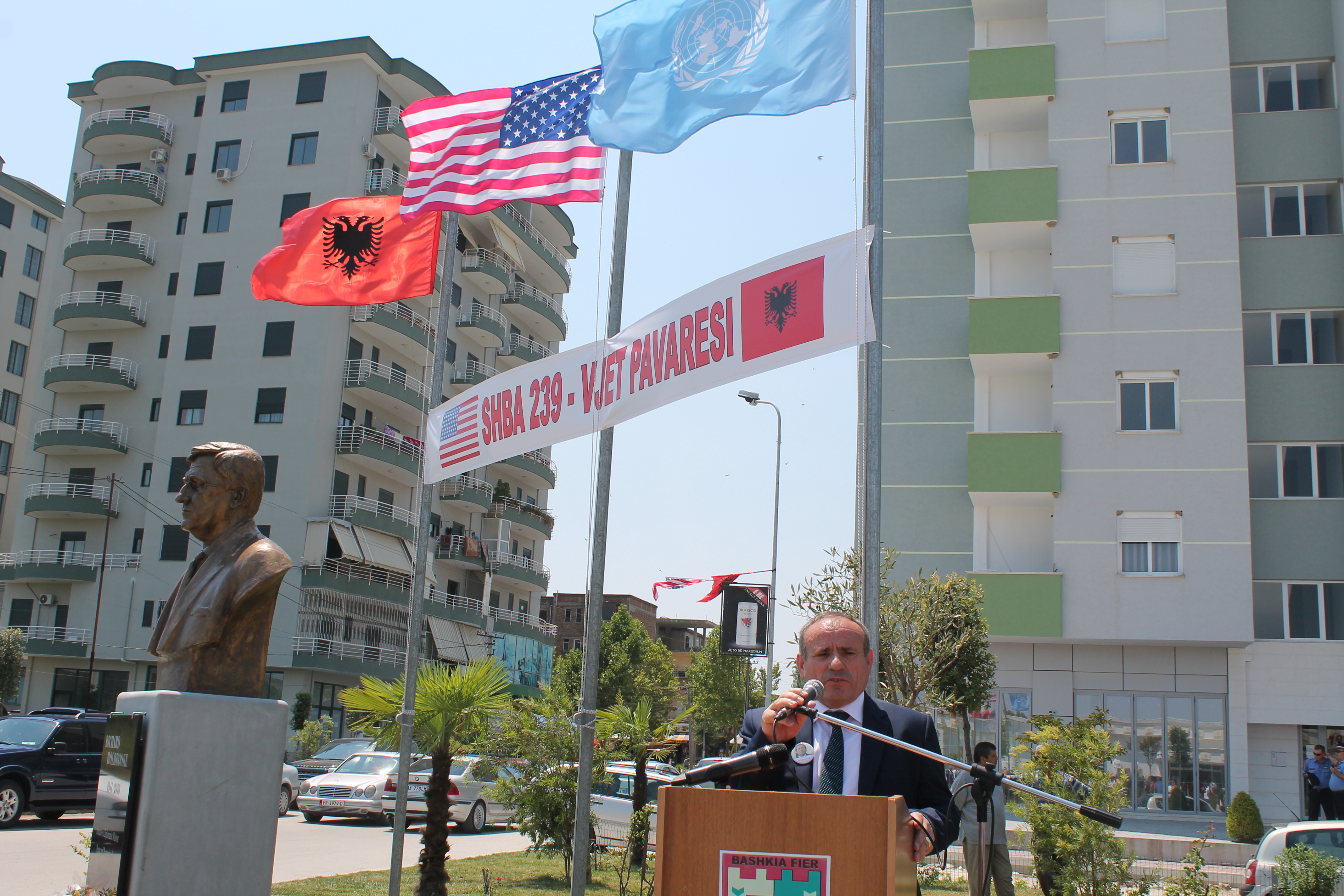 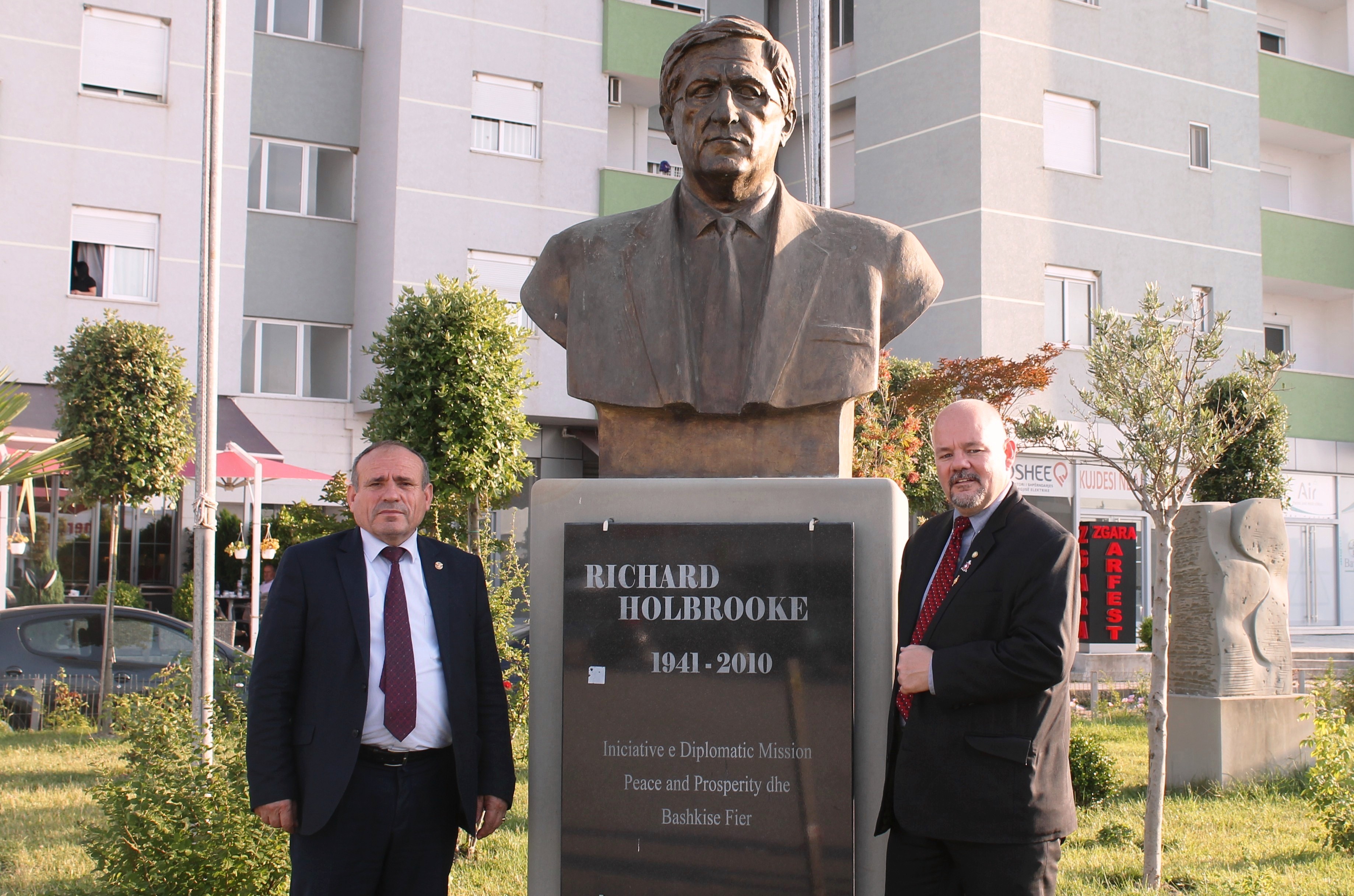 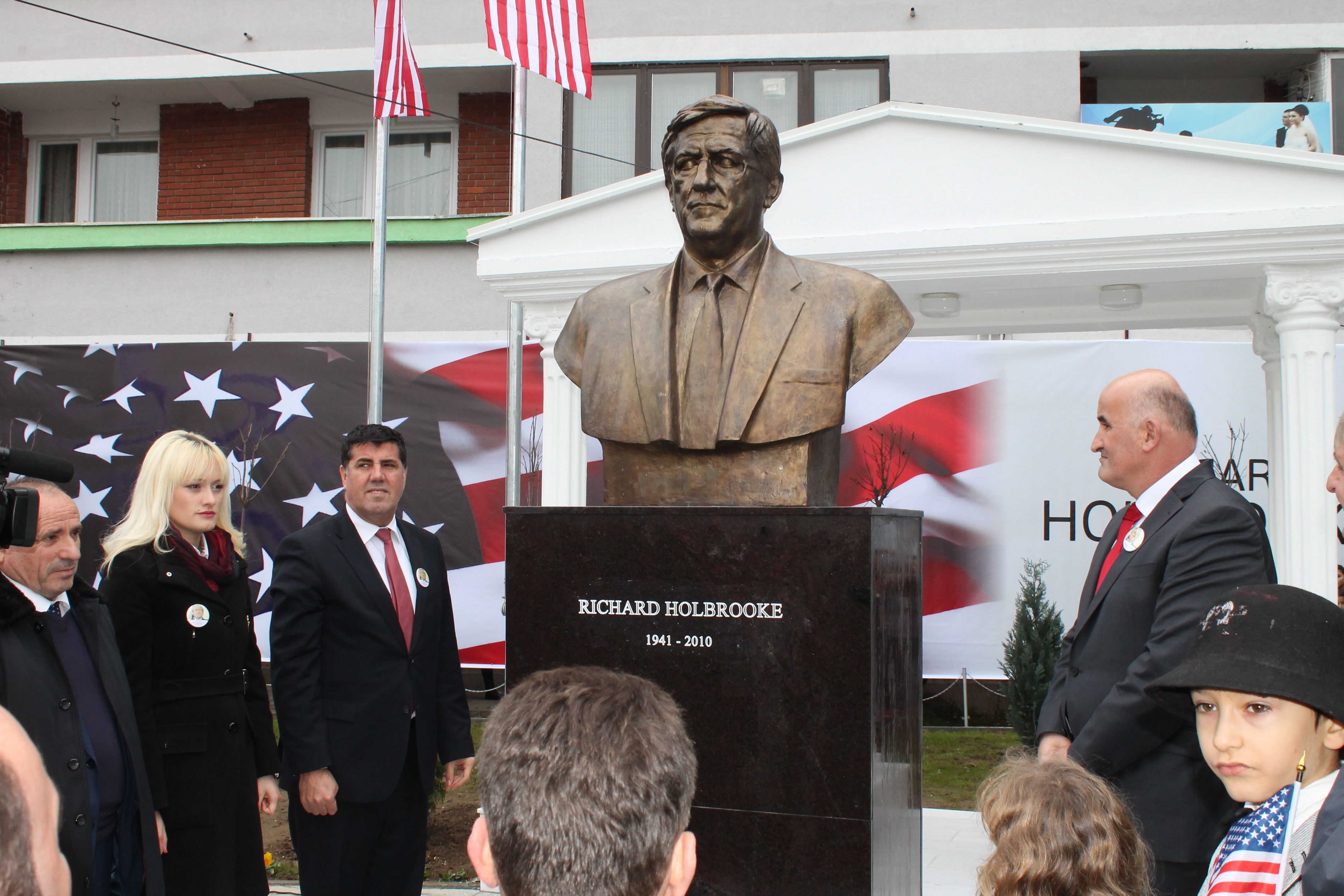